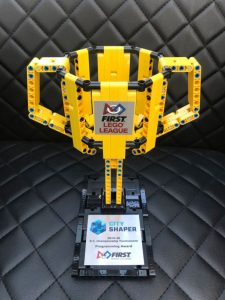 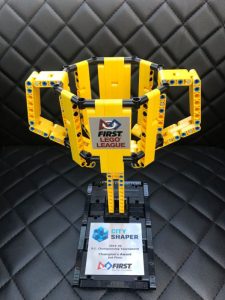 Two Pythagoras Academy teams, the Pythagoras Pythons and the Super Lego Builder Junior team, participated in the top global Lego competition: FLL (First Lego League) Canada BC finals on February 15, 2020. We are excited to announce that the Super Lego Builder Junior team won The 2nd Place Champion’s Award (provincial runner-up) and the Pythagoras Python team won The Programming Award, and was the only BC team nominated to submit their Innovative Project to the First Lego League Global Innovation Award presented at Disney World in Orlando, Florida, USA. Our Pythagoras Academy teams achieved these incredible results while competing against 70 other teams from BC.

Nominated and submitted teams will be notified in April 2020 if they have advanced to be one of the 20 semi-finalist teams from the participants of more than 40 countries. The advanced teams will have a chance to travel to Orlando, Florida, USA for the Award Ceremony at Walt Disney World in June 2020. The winning team of this First Lego League Global Innovation Award will receive a $20,000 project fund to continue experimenting with the project solutions. We are very proud of both teams representing our school so well during Pythagoras Academy’s first-year of participation. 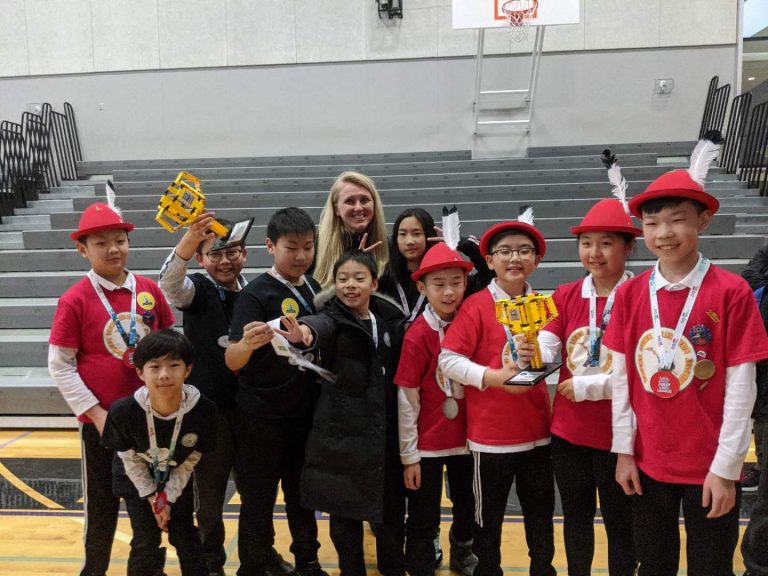 Through well-designed school curriculum, the use of a professional coaching team from RoboPlanet and the planning of a meaningful and competitive project, our Pythagoras Academy students overcame the obstacles they faced along the way to achieve this great outcome. This was a triumph of an event, and shows their tremendous growth this year.

One of the core values of the FLL World Championship is that we use creativity and perseverance to solve problems. This core value aligns with Pythagoras Academy’s educational philosophy. In the fast-changing technology era and the golden years of diversion, diligence and hard work are two main success factors.

Since its establishment, Pythagoras Academy has always adhered to the concept of interdisciplinary education, allowing students to integrate and interact with Eastern and Western cultures. With the consistent changing environment and competition, students need to always understand that hard work is necessary for achieving greatness.

Although it has been less than two years since the Lego Robotics course was introduced to Pythagoras Academy students, they are already benefiting from team collaboration and project-based learning. We believe teamwork is the cornerstone of our future society.

We are so proud of our students and hope we will see our Pythagoras Academy students at the First Lego League Global Innovation Award Ceremony, in the United States where you can proudly wave the Canadian flag and create a lifetime of unforgettable memories.

Each year at Pythagoras Academy our school community comes together to celebrate Chinese New Year.  This festive celebration is always exciting and much anticipated. Friday, January 31, many students and staff dressed in traditional clothing for the event.  The hallways and doors were decorated with Chinese symbols and artwork.

Our celebrations started off with a traditional Chinese lunch.  Students were educated on the significance of the meal that they were served.

Sweet & Sour Chicken: Chicken is an important dish for Chinese New Year Eve dinner.  In Chinese, chicken has the same sound as Lucky (ji). There is a saying in Chinese: A feast without chicken is not a real feast.

Fried Rice with Chinese Sausage: The Chinese sausage in this dish is also called December Sausage (La Chang).  A long time ago, Chinese people would save pork meat for the Chinese New Year feast, so they would make this sausage in December (Lunar calendar). That’s why Chinese people have the tradition of eating December sausage to celebrate the new year.

The day’s celebration continued with an assembly where we were joined by our parent community.  Starting the program off was our JK and Kindergarten classes each performing songs. This was followed by wonderful performances by the Grade 1-8 Mandarin classes.  During the assembly best dressed traditional costume prizes were given out in the following categories: JK (boy and girl), Grades K-2 (boy and girl) and Grades 3-8 (boy and girl).  The finale was the Lion Dance, which was enjoyed by all.

Our celebration ended with Mr. Bouchard handing out red envelopes with chocolate coins.  Wishing everyone good luck for the coming year!

On January 26th, 2020, Pythagoras Academy in Richmond graciously hosted 20 FLL Jr. Robotics teams from all over the BC Lower Mainland to be a part of the Boomtown Build FLL Jr. EXPO. I, Yanina Vihovska, IT/ADST teacher at Pythagoras Academy, had the great pleasure being a part of this wonderful event by hosting additional activities in the Maker Space and emceeing the official program. 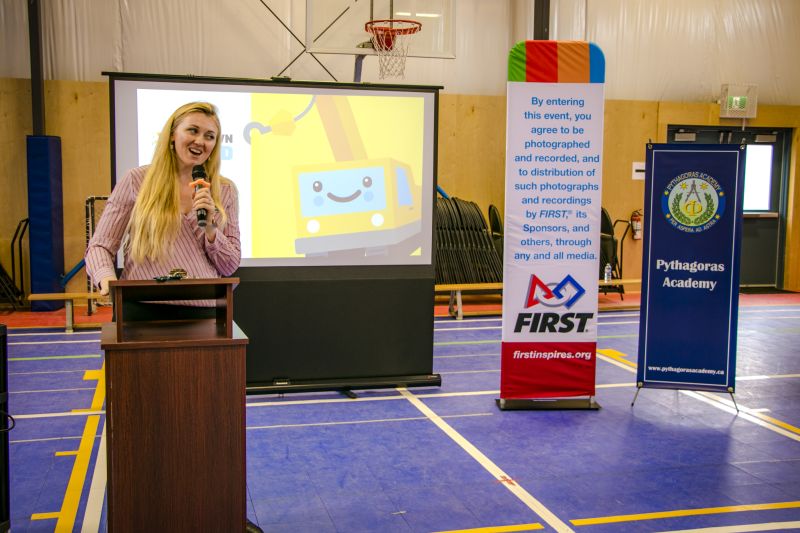 More than 200 people attended this well planned, lively whole day event. In the morning competition, 7 FLL Jr. Robotics teams displayed and presented their work to reviewers and visitors of the EXPO. It is worth noting that 3 out of 7 teams represented Pythagoras Academy. The names of those teams were:  “Pythagoras TECH”, “Pythagoras Construction Ltd.” and “Pythagoras Boom Builders”. 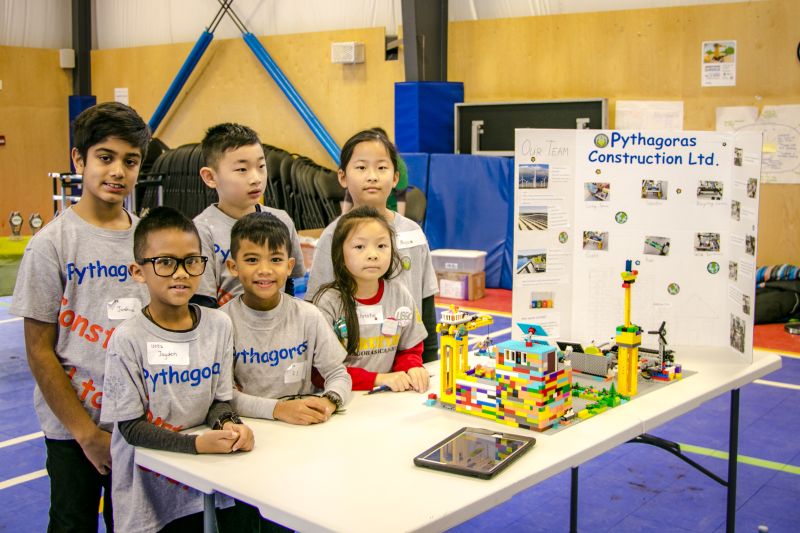 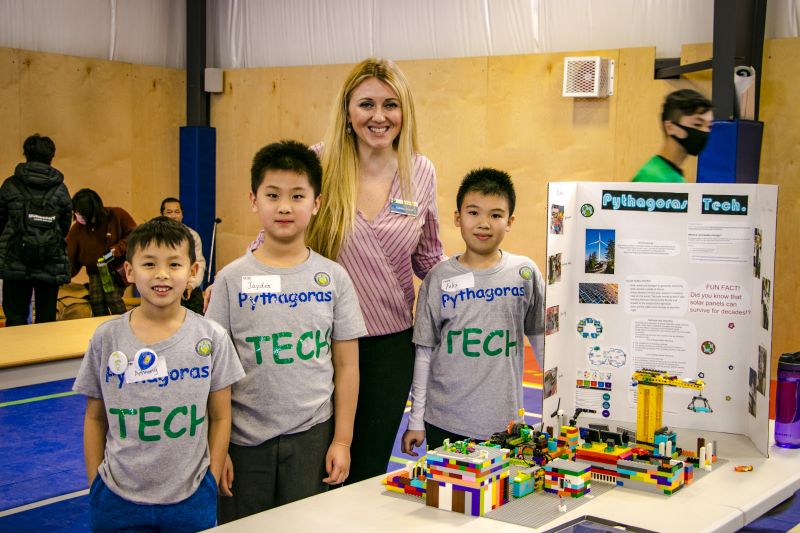 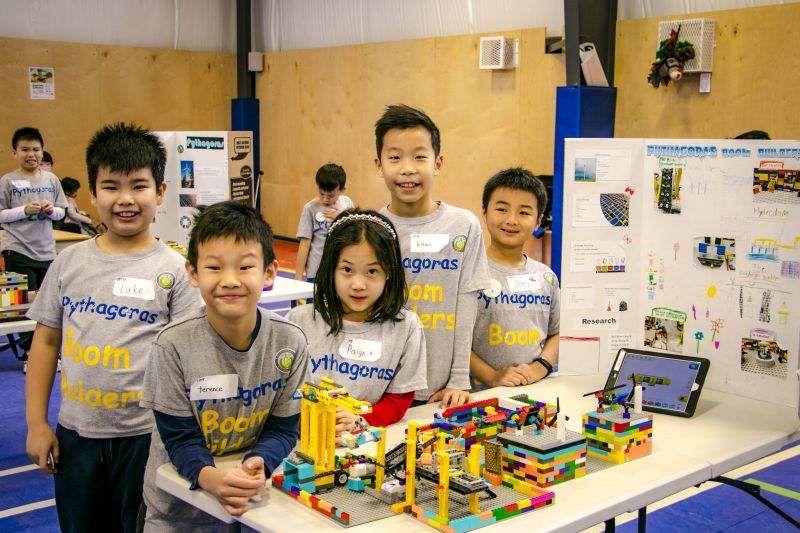 All three teams worked really hard to prepare during our after school program, led in partnership with Roboplanet Education Community since September. During their weekly meetings that started back in September, students discussed the Boomtown Build Challenge, learned about FIRST Core Values, reviewed the engineering design process, prepared their “Show Me” posters, created their Boomtown Build and programmed WeDo 2.0 programming blocks. Xuchen (John) Zhang, lead coach of the Pythagoras Academy teams, shared how impressed he was with all the dedication, academic knowledge and leadership skills that Pythagoras Academy students displayed during his sessions. 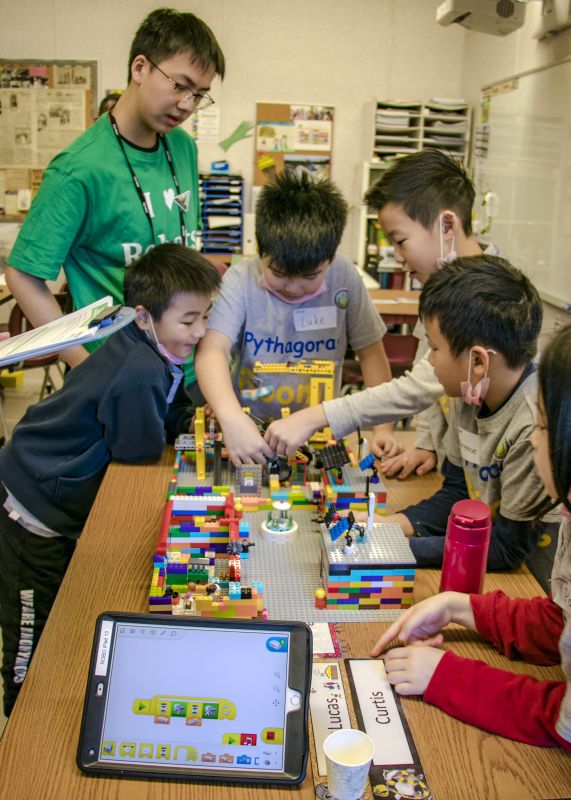 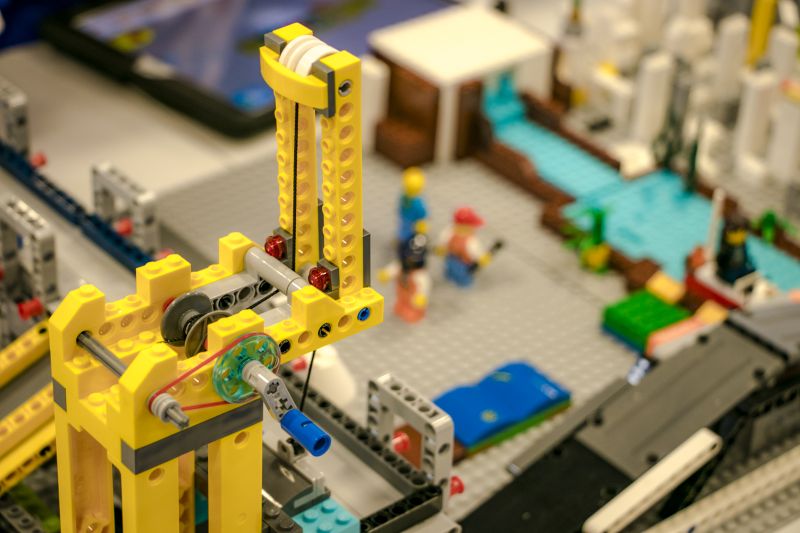 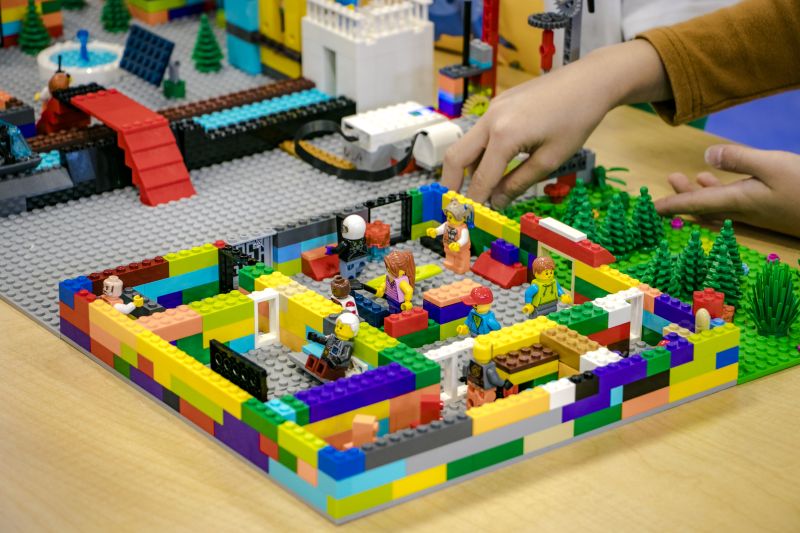 One of the volunteers shared how inspiring it was to hear that all 3 PA teams decided not to order their personalized FLL Jr. team shirts, but instead to reuse their physical education uniform shirts and apply their team names using school’s vinyl printer. What a great way to reduce waste and save our planet. Way to go, Pythagoras Academy FLL Jr. Teams!

In the afternoon session during Boomtown Build FLL Jr. EXPO, 13 teams showed their posters, teamwork, models and displays to the judges. 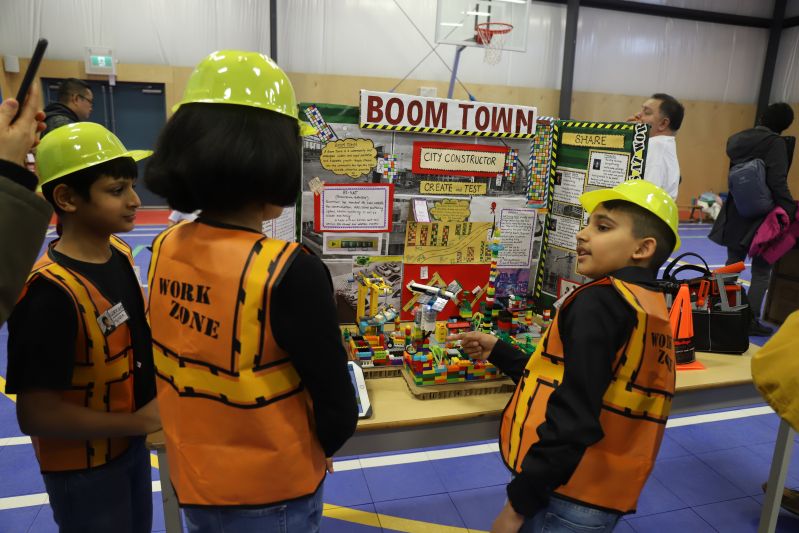 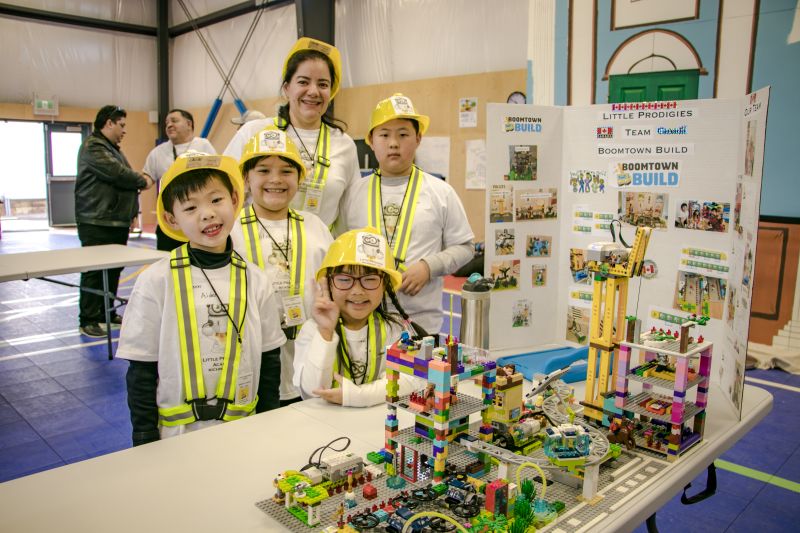 During morning and afternoon sessions, students were encouraged to enter the main building of the school and take part in additional activities offered by the school’s staff in the library and in the Maker Space. Students were able to build with LEGO, Keva planks, play with Cubetto and Cubelets, build a fort, make their own button badge and watch a movie about one of the Pythagoras Academy students Jamie Zhang, entitled “I Play LEGO”. 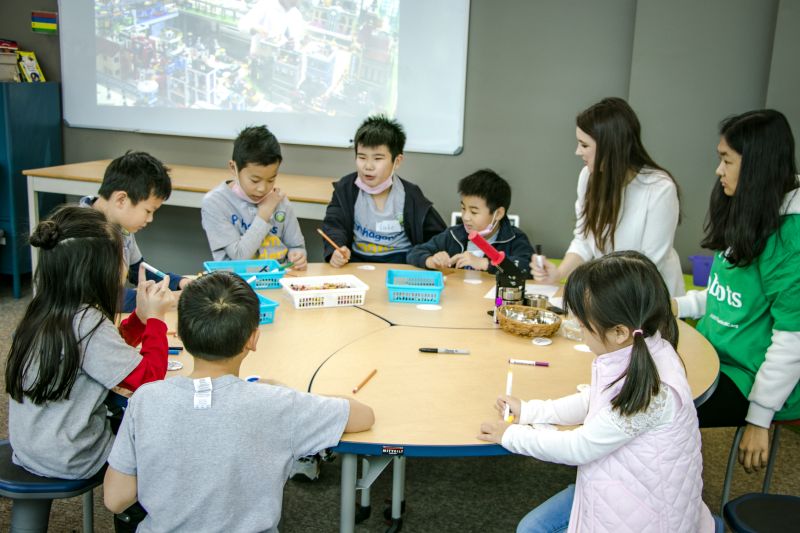 After judges made their decisions and determined each team’s award, students were invited back to the gym to participate in the closing celebration and awards ceremony. 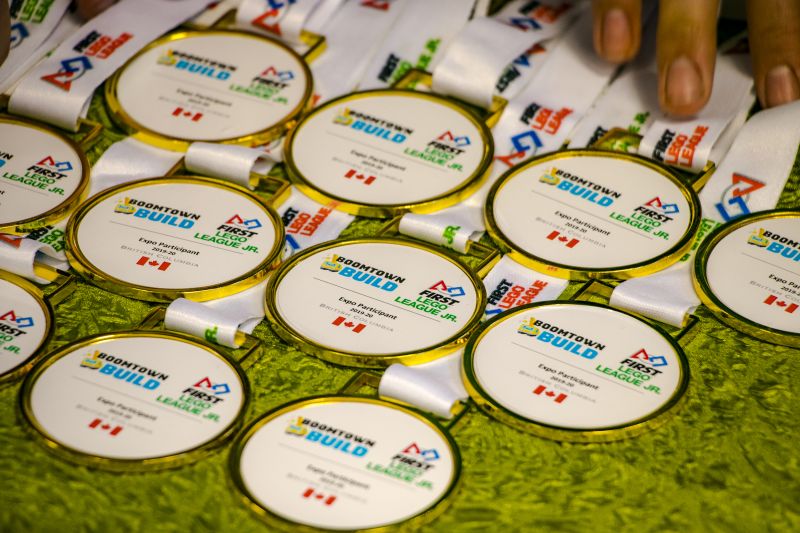 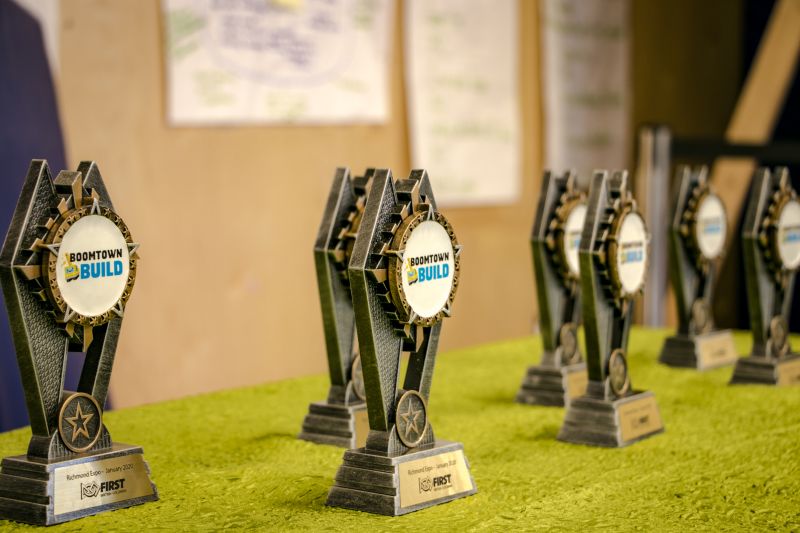 It was such a delight to see all the children receiving their awards and being recognized for their hard work. We at Pythagoras Academy hope that this event will become a tradition at our school for many years to come! (Author: Yanina Vihovska) 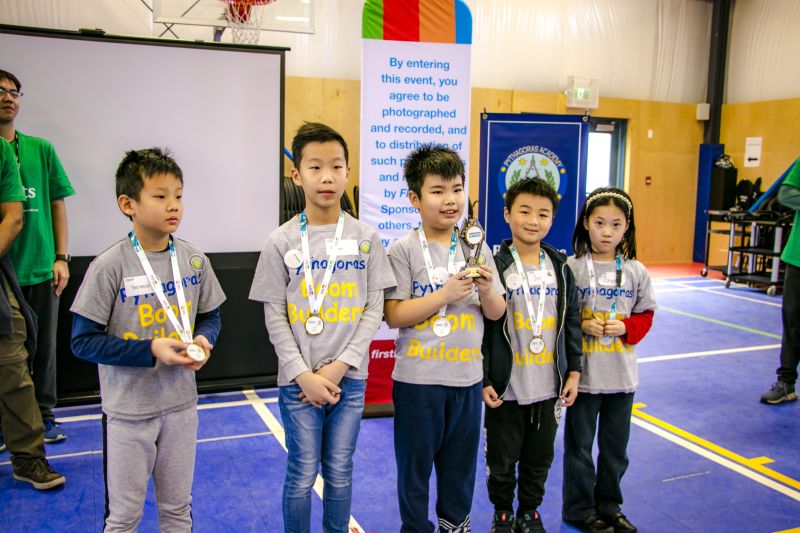 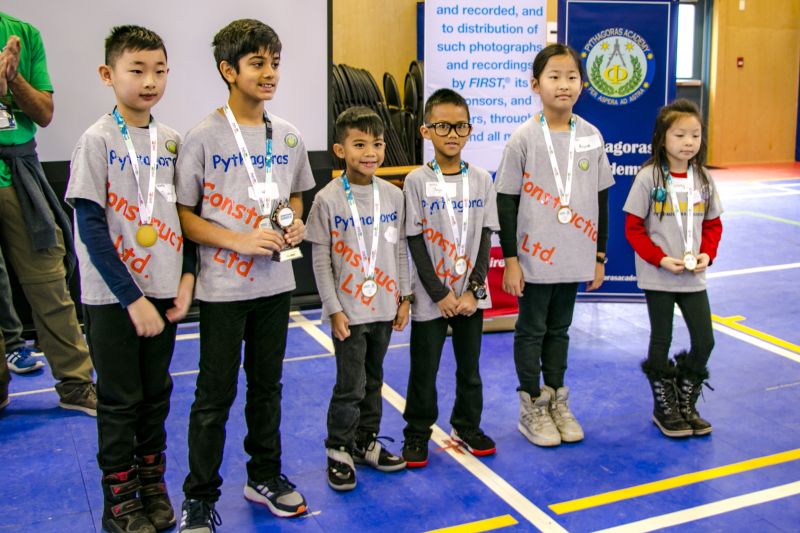 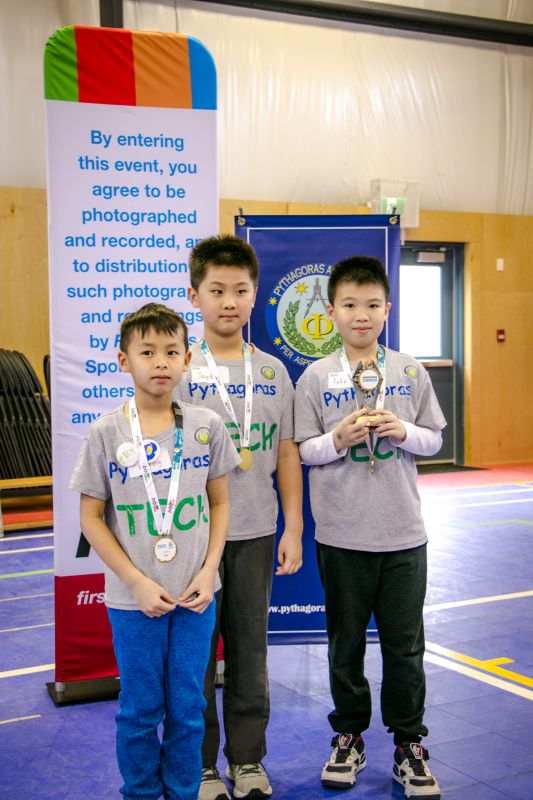 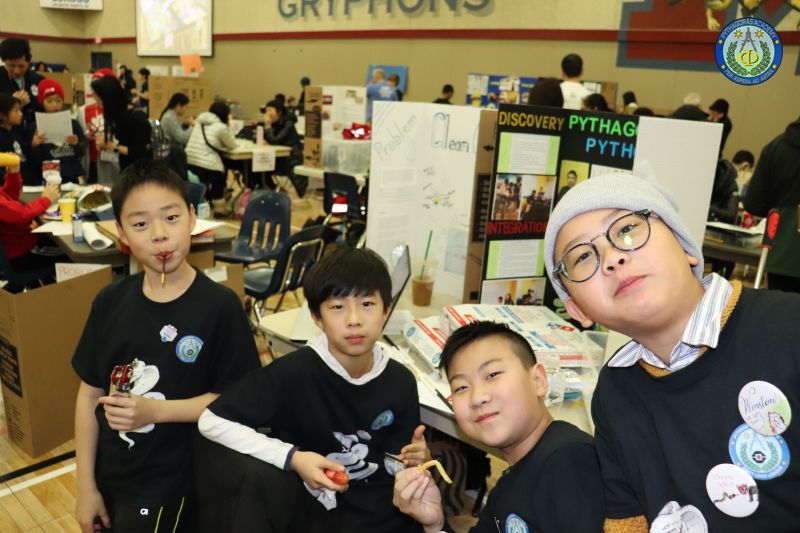 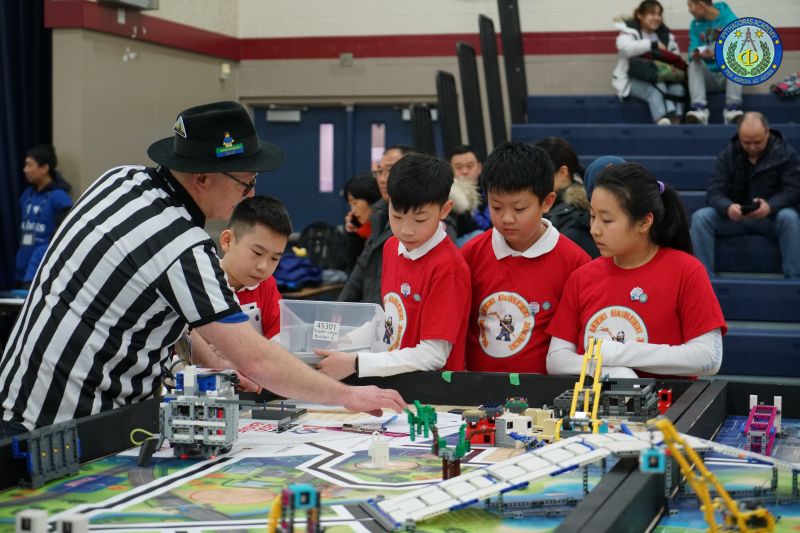 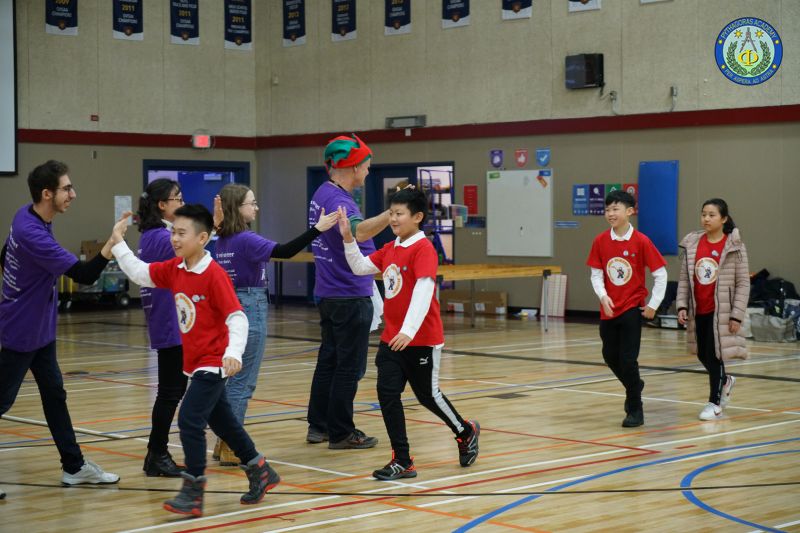 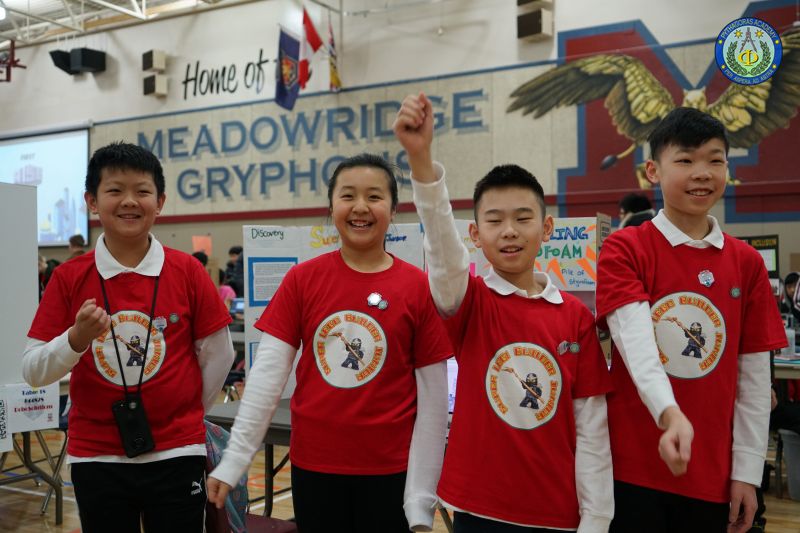